MICHELLE OBAMA IS TEAMING UP WITH MUSICAL LEGENDS BABYFACE AND TEDDY RILEY FOR A VOTER REGISTRATION CHALLENGE AIMED AT GETTING OUT THE VOTE.

Michelle Obama has always been up on pop culture. As the first lady, she invited rappers like Common, Kendrick Lamar and Pusha T to coveted parties. Post-White House she’s tried her hand at Carpool Karaoke, recorded an episode for the 2 Dope Queens podcast and invited beloved comedic actress Tracee Ellis Ross to interview her onstage during her Becoming tour. But since the coronavirus pandemic left most of America indoors, she’s gotten in on a new trend—popular social media events.

Last month, the forever FLOTUS teamed up with DJ D-Nice to host a virtual voter registration party, and this month she’s teaming up with Babyface and Teddy Riley for a voter registration challenge. Through her voting organization When We All Vote, Obama is getting help from the music legends who “broke Instagram” to get more people interested in the upcoming November elections.

In an Instagram post announcing the voter registration challenge, Teddy Riley said, “We know you had a lot to say about the #TeddyvsBabyface battle Monday night. But if you want your voice heard, you have to register and vote in every election. @babyface and I are teaming up with @MichelleObama and @WhenWeAllVote.” Babyface posted a similar message to his social media platforms.

Crystal Carson, communications director for When We All Vote, told ESSENCE that thousands have answered Obama’s call to action since the start of the pandemic. More than 65,000 people joined her, Valerie Jarrett, DJ D-Nice and When We All Vote staff for the virtual #CouchParty 2.0 held on April 20. And during the first couch party with D-Nice, volunteers reached more than 400,000 eligible voters.

When We All Vote hopes that the Babyface vs. Teddy Riley voter registration challenge has a similar effect. The organization maintains, “From your local school board to the Senate, it’s important to vote in every election.”

Those ready to make a difference through their vote can go here to get registered. 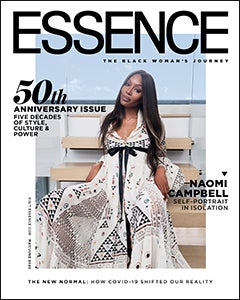